Take a step out of the track for 7 Days Kenya Safari (7 days and 6 nights Kenya safari). Go for 2 nights in the Samburu and prepare yourself for a rewarding cultural experience with the local tribes. Spend a night in the mountain range setting of Aberdare, with its exquisite primate wildlife.

As you come back south, ponder on what you’ve seen so far as you relax on the floor of the Great Rift Valley surrounded by wooded and bushy grassland, gazing at lake Nakuru, freshened up, go on close your trip with 2 nights of classic big 5 action in Mara 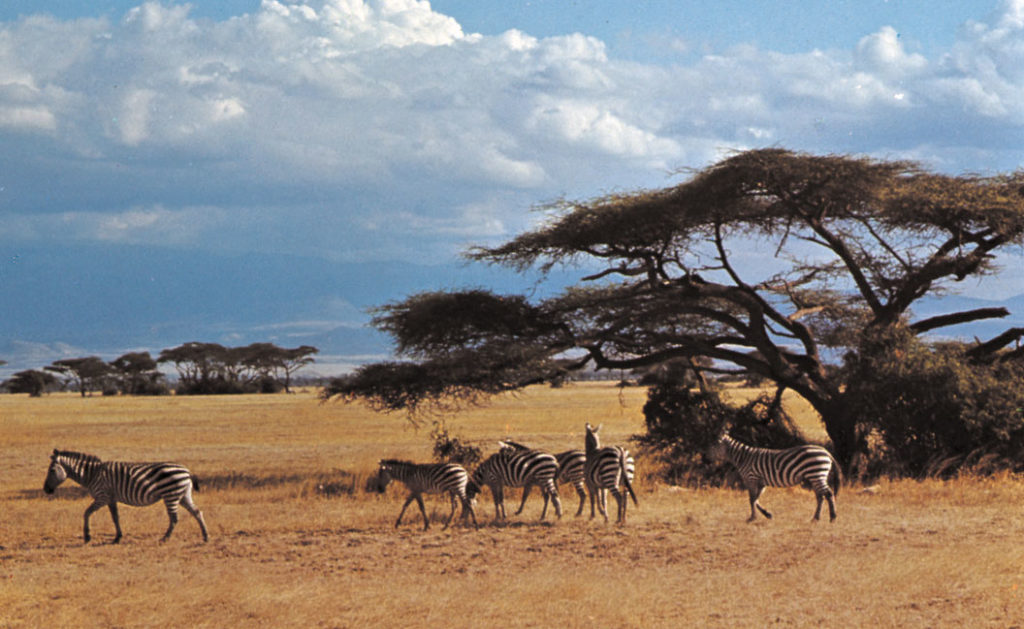 Early morning game drives to Samburu game reserve. Picnic lunch en-route and afternoon or evening game drive. Samburu game reserve stands as one of the most beautiful Kenya parks in Northern circuit. It holds the most indigenous wildlife as well as the home of African Elephants and beautiful species of zebras and the Masai Giraffes. Dinner and overnight at campsite or lodge

The whole day will be spent exploring this amazing game reserve, it gives you the refreshment of your mind as the park is not populated and not many people visits here, and we have a concentration. It’s a home to the big five, elephant, lion, rhino, leopard, buffalo, gerenuk, reticulated giraffe, Somali ostrich, gravy zebra, besia oryx, and endangered wild dogs as we as pun cake tortoise.

There are over 450 species of birds identified and aquatic species in the Nyiro River including vultures, kingfishers, marabous, bateleurs, guinea fowl, Somali ostrich and others. The whole day will be spent exploring the park for the whole day game drive. Dinner and overnight at campsite or lodge

An early morning transfer to Aberdare National Park, the drive is scenic via the central Kenya highlands with stops to view tea and coffee plantations. There shall be a further stop to see and experience the largest open- air market in East Africa at Karatina.

Aberdare National Park is home to elephants, black Rhinos, Leopards, spotted hyenas, olive baboons, black and white colobus monkeys, buffalos, warthogs and bushbucks among others. Rare sightings include those of the giant forest hog, bongo, golden cat and the blue duiker. Dinner and overnight at campsite of lodge

After breakfast, we depart to Lake Nakuru National Park. Across the equator, southwards of Bogoria, lies the rift valleys most famous lake Nakuru, known all over the world for its flamingos, its alkaline and is recognized as being one of the natural wonders of the world.

Lake Nakuru is now a rhino sanctuary, harboring a population of over 40 black and over 60 white rhinos, but the flamingos, of course, have always been the main attraction. At times there may be about 2 million flamingos in the residence, forming a stunningly beautiful deep pink band around the edge of the lake shore. Arrive in time for lunch then have an afternoon game drive. Dinner and overnight at campsite or lodge

An early morning drive to Maasai Mara National Reserve, it holds on as one of the few places left on earth where wildlife still lives comparatively undisturbed, in the numbers that once roamed the plains and forests of Africa.

As the northern tip of the vast Serengeti ecosystem, the Mara hosts the spectacular seasonal migration of many thousands of wildebeests, zebra and attendant predators. Arrive in time for lunch then have an afternoon game drive. Dinner and overnight at campsite or lodge

After breakfast, we have a full day game drive, with packed lunch provided. The reserve is well for its black- manned lion, as well as its abundant resident wildlife and it’s of the few places where it’s possible to see the big five during morning’s game drive. Many of the cheetahs are so tame the seek shelter from the hot sun under one’s vehicle and several even climb onto the roof to get a better view of a prospective prey.

For the bird enthusiast, almost 500 species have been recorded: among these 16 species of eagle, plus many hawks and falcons, 6 species of vultures, 8 species of storks 4 of bustard (including the Kori bustard, the world’s heaviest flying bird), and 9 species of sunbirds. Dinner and overnight at the campsite or lodge

Morning game drive in Mara and later departure in the morning to Nairobi, arriving about 5 pm. Lunch en route 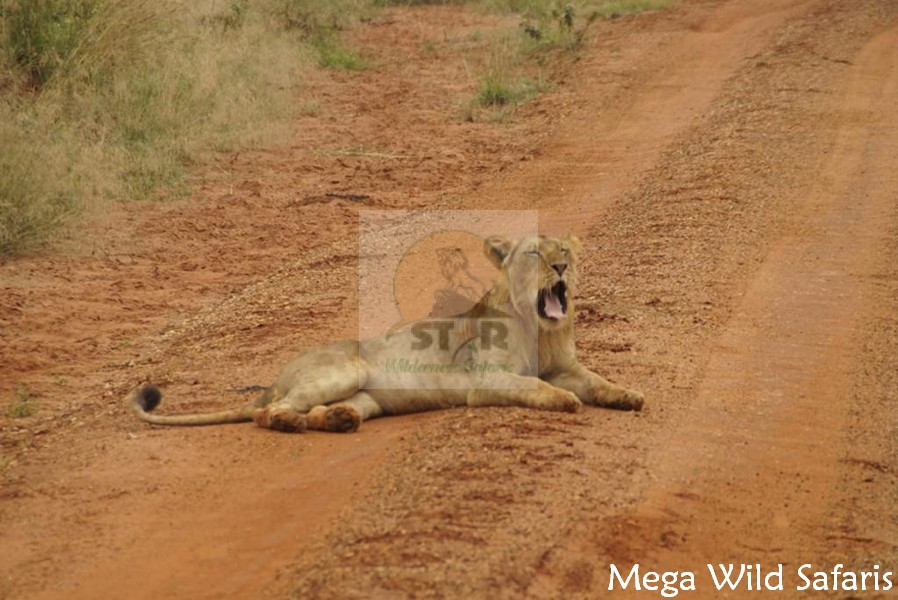 Picturesque, steep forested ravines and open moorland characterize the Aberdare National Park. The park provides a habitat for elephants, black rhinos, leopards, spotted hyenas, olive baboons, black and white colobus monkeys, buffalos, warthogs and bushbucks among other. Rare sightings include those of the giant forest hog, bongo, golden cat and blue duiker. Visitors can indulge in picnics, trout fishing in the rivers and camping in the moorlands. Bird viewing is rewarding, with over 250 species of birds in the park, including the Jackson’s francolin, sparrow hawks, goshawks, eagles, sunbirds and plovers.

At the southern corner of the Samburu district, the rift valley. It lies in the semi desert Samburu National Reserve, named after the Samburu people who have lived in the area for many years. The word Samburu comes from a Maasai wordsamburr, which is a traditional leather bags for carrying honey and milk.

Amidst the park flows the life-giving EwasoNg’iro River. It derives name from a local language – and it means brown or muddy water, this river attracts a large population of Kenyan animals to the reserve. The unfenced park is relatively small in size compared to other Kenyan parks such as Tsavo and Masai Mara

The reserve has visible mountains surrounding it. And koitogor andOlolokwe are the best for hiking and camping. Samburu National Reserve is an exceptional destination for cultural visit, most specifically the Samburu village.

The village hosts a considerable number of women and children. These all flee from or are survivors of various forms of atrocities that pause as risky to them, most of them being uncouth cultural norms

Samburu has several exciting tourism activities such as game drives in the dusty roads, wild dog sightings, and nature walks, sightseeing, birding and hiking. Some of the first community-owned and managed Elephant Sanctuary in Africa: Reteti Elephant Sanctuary

The Great Rift Valley is a series of contiguous geographic trenches across the Middle East and Africa from Jordan to Mozambique. The outstanding view, as you approach from Nairobi, is quite unbelievable.

The ground unexpectedly disappears from under you, extending to thousands of kilometers in either direction. An excellent starter to the Kenyan Rift Valley, it may appear, is the most amazing part of this experience- as it sinks deeper to explore the lake system of the Rift

The Great Rift Valley Viewpoint is always a perfect place to stop by, stretch and take vivid pictures. Here, you can watch the enthralling Rift Valley with its vast vegetation and the sun rays kissing the far and wide.

The stretching mountains in the vicinity meet the foreseeable edges of the land, giving the feeling of an abstract painting. There are a number of lakes around the viewpoint and these are Baringo, Bagoria, Nakuru, Elementaita and Naivasha.

They are all unique and support a staggeringly large proportion of Kenya’s Wildlife. The saline Bagoria is sometimes home to huge flocks of the lesser flamingo and contains more true geysers than any other area of Equal size in the world.

The Great Rift Valley is indeed a wonder of the world. It stretches from the Middle East and passes through Africa. It has great and vast chunk in East Africa, and it ends in Mozambique in the South.

This is a vast game reserve in the semi-arid Narok County in Kenya. It is contiguous with the Serengeti national park in the Mara region of Tanzania. It is named in the honor of Maasai people who are the ancestral inhabitants of the area. Mara means spotted in maa, a Masai language.

Maasai Mara is globally famous for its exceptional population in wildlife and wildebeests immigration to and from Serengeti every year during the dry season from July to October. This is commonly known as the Great Migration. A visit to the reserve is great venture to undertake for cultural tour of one of the oldest inhabitants of East Africa, the Maasai.

This noble tribe is one of the very few tribes we have retained most of their traditions. It has a team of traditional dancers who dance o their call-and -dance response singing and perhaps their most widely known dance is the damu or rather jumping dance. You can get to join the dancing as these flexible male dancers jump higher and higher to the rhythms of the enchanting music accompanying to their dance stroke