Located suitably in Western Uganda, Lake Mburo National Park is by far Uganda’s most accessible safari park compared to other 9 national parks. It is shared amongst the western districts of Isingiro, Mbarara and Kiruhura, about 4 hours’ drive from Kampala city center and due to its close proximity to the city center, even travelers on Uganda safari with limited time have opportunity to pay a visit to it in a day and return. Lake Mburo National Park was originally a designated controlled hunting area in 1933 before it became a reserve in 1963 and then a national park in 1983. Besides being the most accessible destination, it is also one of the smallest safari parks in Uganda stretching to cover an area of 270sq.kms.

Regardless of its small size, Lake Mburo National Park is a home to distinct species of wildlife which make it an outstanding safari park in Uganda. On Uganda safari in this park, the different wildlife species you should expect to come across include buffaloes, leopards, lions, hippos, Rothschild giraffes and zebras, crocodiles, variety of antelope species like elands, impalas, klipspringer, topis; warthogs and many more.

Aside from birds and wildlife, Lake Mburo National Park also features about 13 stunning lakes which include Lake Mburo where it takes its name. The park has dotted savanna grassland, forested gorges, papyrus swamp and narrow bands of lush riparian woodland.

Tourist activities to do in Lake Mburo National Park

A game drive is a must-do activity while in Lake Mburo Park. A visit to this park lets one sight variety of savanna dwellers including buffaloes, antelopes, Rothschild giraffes, leopards, lions, Burchells Zebras and several bird species. The best way to go game viewing in this park is by using 4×4 safari vehicle and one can go for morning game drives or afternoon game drives, with each option rewarding visitors with astonishing sights of wildlife.

If you love watersport then a boat cruise on Lake Mburo is worth your time and money. It is an exciting experience which lets you to view a huge profusion of hippos, basking crocodiles on the shores of Lake Mburo, water birds including pelicans, hammer kops, herons, rufous long-tailed starling, blue-headed weavers, kingfishers and some antelopes, buffaloes as they roam around lake shores. 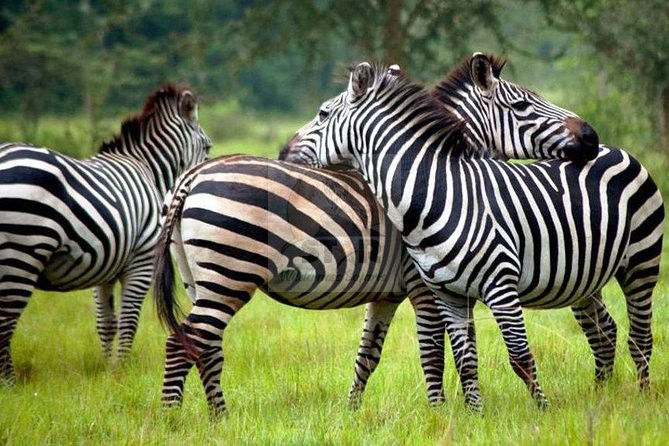 Guided nature walks in Lake Mburo Park offer nature lovers a chance to uncover what this park has to offer the world. Visitors can embark on guided nature walks along Rwonyo to the salt lick which attracts a variety of wildlife to lick the salty rocks. This is 2 hours’ experience.

Aside from boat trips, Lake Mburo Park is also an ideal spot to go for sport fishing while on Uganda safari. Visitors on sportfishing tours in this park can challenge themselves with 6 fish species which thrive in Lake Mburo including Tilapia, mudfish, lungfish, Haplochromes, and many others. This watersport is conducted using hooks, you will take your time to catch a fish.

Lake Mburo Park is an exceptional safari park that supports horseback riding, unlike other parks. On horseback riding, you have the opportunity to see a variety of wildlife including buffaloes, warthogs, antelopes, birds, zebras among others on horseback rather than in safari vehicle.

The dry season is regarded as the best time to visit Lake Mburo Park on Uganda safari for game viewing. The dry months of the year in this park begin in June, July, August, September, and December, January, February. However, for bird watching, the preferred time is during the wet or rainy months that is March, April, May and October, November.