Masai Mara National Reserve is of no doubt that one magical wilderness paradise that is worth exploring on Kenya safari holiday. This conservancy area is also best known as the Maasai Mara National Reserve and it straddles in Southwestern Kenya on the mighty Rift Valley Region, Norok County of Kenya bordering Tanzania’s Serengeti National Park of Tanzania. This reserve boasts of its enormous wildlife and breathtaking landscape. It takes its name from the Maasai ethnic group.

In 1961, the Masai Mara National Reserve was initially a designated wildlife sanctuary and at the time, it straddled in an area of 520sq.kms. In 1974, its status changed into a game reserve, and currently, it sits in an area of 1510sq.kms just between the altitudinal range of 1500 and 2180m. It consists largely of dotted acacia trees in the Southeast, vast savanna grassland as well as scenic Mara and Talek Rivers which flow via the reserve.

The unique history of Maasai Mara National Park can be traced as far as 1974 when it was established. However, the reserve was initially set as a wildlife sanctuary in 1961 and it extended up to only 520sq.kms. It was during the same period that its boundaries were extended to incorporate some parts of the East which increased its size to 1821sq.kms. Later, its status changed into the game reserve and this was under the Narok County Council management.

Activities to do in Masai Mara National Reserve

The rare way to uncover the hidden treasures of Masai Mara National Reserve is by embarking on guided nature walks. On a nature walk, you are able to visit different habitats, each providing you a chance to get close to nature, sight a variety of wildlife, plant species, and many more.

What makes a Kenya safari in Masai Mara National Reserve unforgettable is a visit to the Masai community for the cultural experience. Visitors are presented with the opportunity to explore the rare culture, traditions, and lifestyles of the Masai as well as enjoy the thrilling cultural dances and music performances.

Hot air balloon trips in the Masai Mara National Park is a thrilling experience which lets you catch a glimpse of diverse wildlife above the air rather than in a safari vehicle.

Masai Mara National Reserve features favorable climatic and weather conditions making it an all-year-round safari destination. However, the best months of the year to visit this reserve to witness wildebeest migration/game drive in between July and October or from later November, December, January, February.

The best way to reach Masai Mara National park is either by road or by air. By road, you can visit this reserve using a car hire or bus service or taxi services starting from Nairobi to Masai Mara. However, there are also flight services offered from Jomo Kenyatta International Airport or Wilson Airport to any of the following airstrips; Musiara, Olkiombo or Keekorok airstrip. 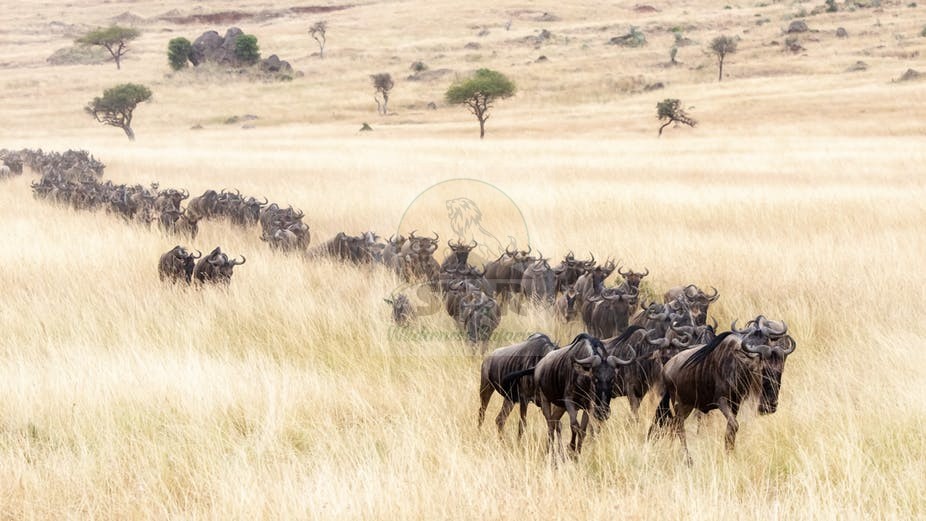 Hell’s Gate National Park is set in the Northwest of Nairobi and South of Naivasha. It takes its name from the narrow gate like a break on the red stone volcanic cliff which formed due to geothermal activity. A visit to this park on Kenya safari rewards travel endeavors with jaw-dropping views of the mighty East African Rift Valley. It was designated as a national park. View Details