Arusha National Park is rated among the smallest parks in Tanzania and it lies in the Northeastern side of the country. It is 25kms from Arusha, 58kms away from Moshi Town and 35kms from Kilimanjaro International Airport. Despite its size, this park is by far that one most unusual wilderness area to consider a must-visit on Tanzania safari. It was founded in 1960 and stretches up to 137sq.kms. It covers Mount Meru (4566 meters) in the Arusha region and comprises of exceptional sites including Meru Crater funnels the Jekukumia River, Mount Meru peak all in the West and the Ngurdoto Crater in southeastern. The shallow alkaline Momella Lakes in the northeast have varying algal colors and also popular for its distinct avifaunal species.

The history of this protected area can be traced as far as 1876 when Count Teleki a Hungarian paid a visit to the Momella side of the park. He became overwhelmed by the park’s huge concentration of black rhinos and hippos which he spotted. However, the unfortunate side of it is that they got extinct and in 1907, Trappe family to Momella to farm in the present park area changing it as a cattle ranch. Trappe became a professional hunter in East Africa and set the Momella estate as a game sanctuary. In 1960, Arusha National Park was set born incorporating the sanctuary and other parts. At the time, it was renowned as the Ngurdoto Crater National Park and in 1967, Mount Meru region was also designated as a park. After some time, it changed its name from Ngurdoto Crater National Park to currently Arusha National Park. It derives its name from the Waarusha residents who lived around this area.

Mount Meru is one of the iconic attractions to explore in Arusha National Park. It is rated as Tanzania’s second-highest peak after Mount Kilimanjaro. It is a dormant stratovolcano that rises at elevation 4562.13m.

Tourist activities to do in Arusha National Park

Mount Meru stands at an elevation of 4566 meters and offers exceptional hiking/climbing experiences to visitors on Tanzania safari in Arusha National Park. While hiking, higher chances are you will also come across white and black colobus monkeys, red-tailed monkeys, olive baboons.

Guided nature walks in this park are best conducted from Kitoto to Njeku through Meru crater, Momella gate to Ngurdoto crater, Itikoni, buffalo to Katong, Laitong to buffalo and Momella gate to Tululusia waterfall. It should be noted that every trail here rewards with distinct experiences.

Canoeing in this park is carried out along Momella Lakes and you get a chance to sight aquatic life, giraffes, buffaloes, and birdlife. It is 2 to 3 hours’ watersport experience.

Arusha National Park is best to visit for wildlife viewing in June, July, August, September, and October. Between November and April, it is a perfect time for bird watching. 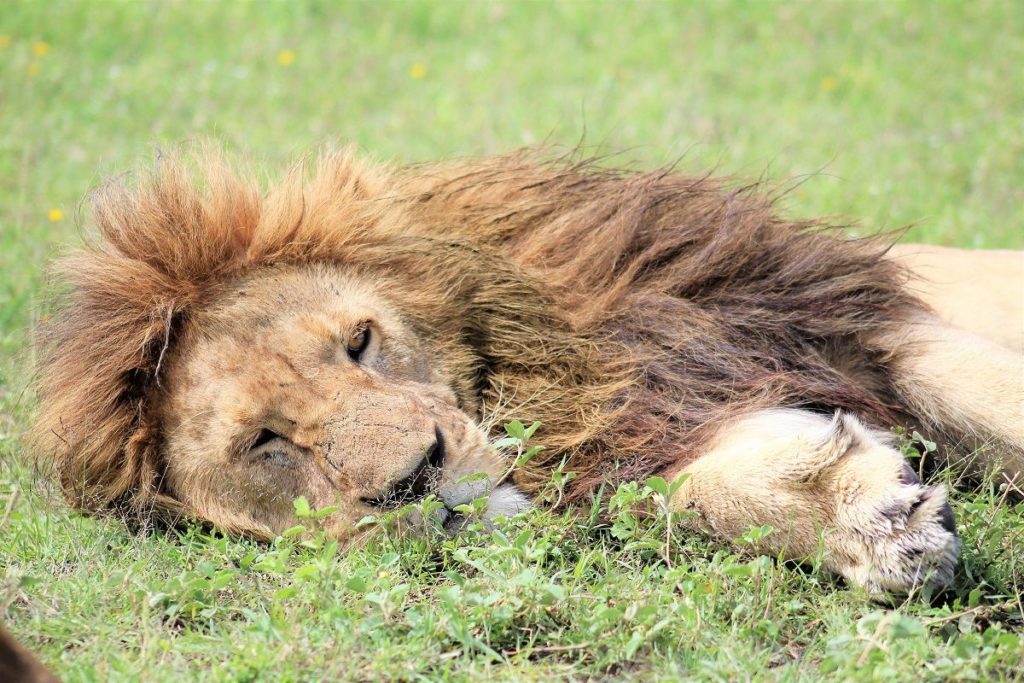