Tsavo West National Park makes up part of the extensive Tsavo Conservation Area and it is remarkably an outstanding destination worth visiting on Kenya safari. Its status upgraded into a national park in 1948 making it one of Kenya’s oldest parks and it occupies an area of 9065sq.kms which makes it one of the largest protected areas in magical Kenya.

Best described as the Land of Lava, Man Easters, Springs, and Magical Sunsets, this section of the vast Tsavo Protected Area is set in the Coast Province of Kenya. Compared to some of the parks in Kenya, Tsavo West National Park is a more famous wildlife safari destination travelers on Kenya safari should consider a must-visit to uncover its untold wealth of wildlife.

The history of Tsavo West National Park dates back to the early Stone Age and Middle Stone Age when archaeological sites were recorded. The area was turned into a hunting area by most occupants of the time and also reared domestic animals. Given a shortage in water from the Galana River, inhabitants in Tsavo concentrated on riparian sites and in rock shelters.

On the other hand, Swahili merchants traded with the people around Tsavo mainly for cat skins, ivory and perhaps slaves. Orma and the Maasai pastoralists still remained around Tsavo as well as the Waata hunter-gatherers up to 1948 that the park was established. During independence, Kenya banned hunting.

Other attractions in Tsavo West National Park include Mzima springs which flow nearby Chyulu hills, volcanic landscape comprising of Shetani Lava, Chaimu volcanic crater and five sister’s hills; roaring rocks which derive their name from the buzz of cicadas, Lake Jipe which is at Kenya border with Tanzania. The Lake is an ideal spot to identify birds like black egrets, black Coucal, and pygmy goose.

You can also visit the Ngulia sanctuary where black rhinos thrive or the world war 1 battlefield on Tsavo River, Lumo Community Wildlife Sanctuary around Mwatate in Taita Taveta County, cultural tour in the Maasai village.

The dry season is perfect for game viewing and this begins in June, July, August, September, October and January, February. Bird watching is best done in November, April or May. 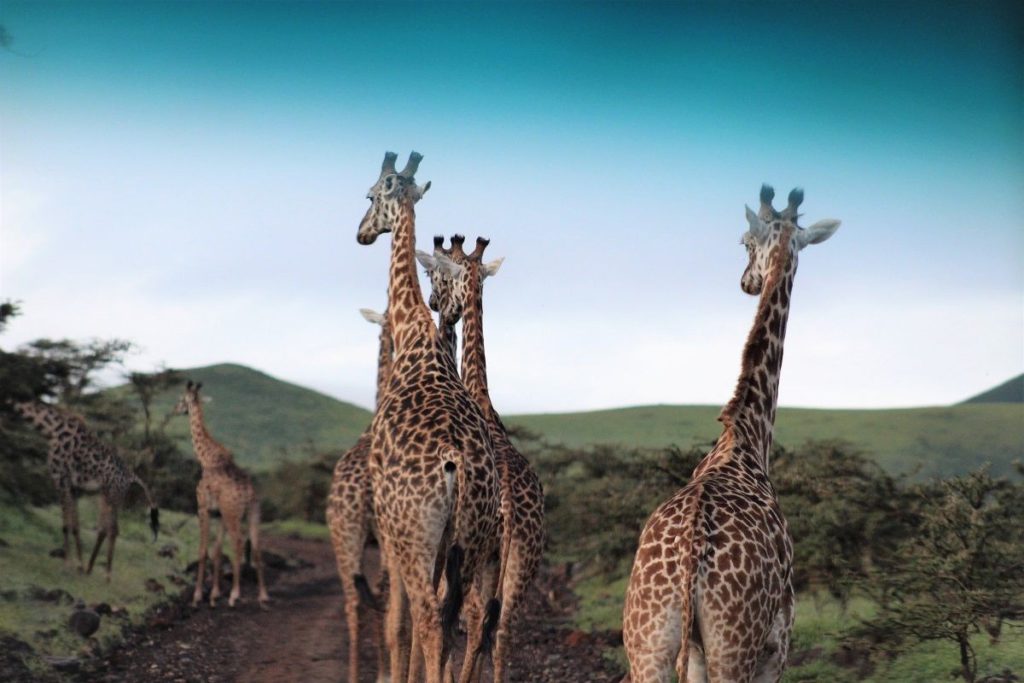