Check out our Uganda wildlife safari packages authentically organized by Star Wilderness Safaris to the overwhelming Uganda national parks not forgetting the magnificent features which make Uganda the pearl of Africa. 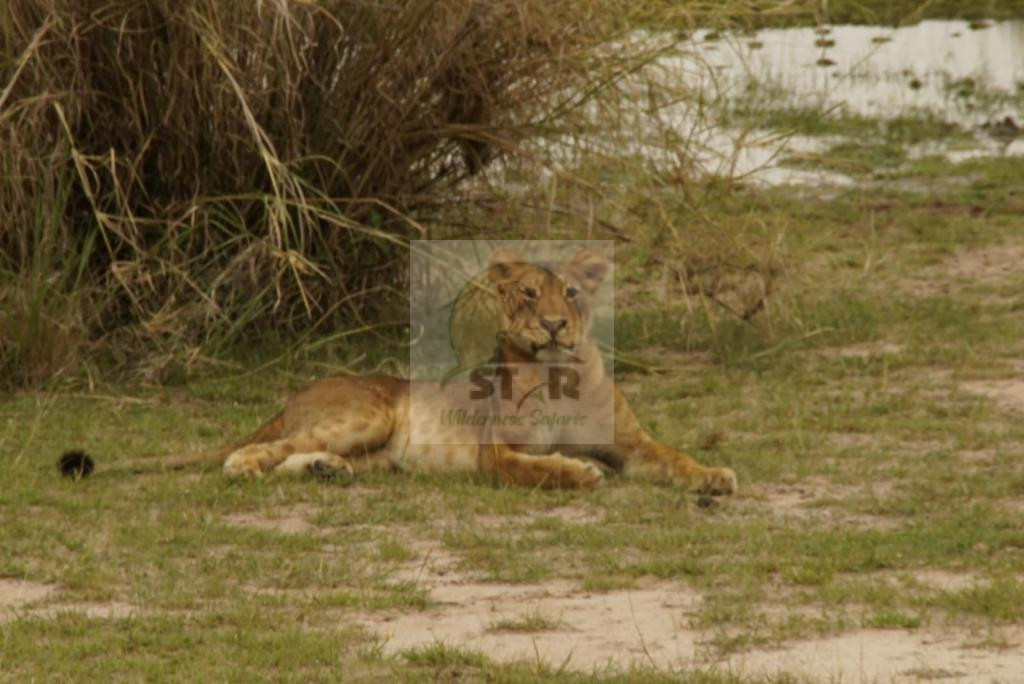 King of the Jungle in Murchison Falls National Park

Uganda is a dream safari holiday destination in Africa for any traveler who is looking for an exceptional African safari tour holiday. Star wilderness safaris offer the best authentic travel advice on Uganda safaris and provide highly professional tour guides to make your trip experience memorable for the whole of your life.

Star wilderness safaris are on the move to offer you the best selections to top-selling and most visited Uganda safari destinations at discounted rates. We will always satisfy your heart’s desires for adventure on your holiday and honeymoon great expectations.

Most of our safari packages are tailor-made to suit the interest and flexibility of our clients with regard to your budget and your suitable time to undertake the Uganda Wildlife safari of your lifetime.

Our continuous and satisfactory involvement in crafting great Uganda, Rwanda, Tanzania, and Kenya wildlife tours for over 5 years has commanded us to many of our tourists who have had a chance to book a safari with us.

Your 5 Days safari in Uganda features a perfect blend of 2 primate adventures and wildlife experience. This package takes you on chimpanzee tracking in Kibale Forest National Park which offers refuge to 13 primate species.

On your 5 Days safari in Uganda, expect to also have excellent view of the tree climbing lions as you drive to Bwindi along Ishasha area. Book This Trip

The 6 Days Uganda gorilla tour, chimpanzee trekking and wildlife safari gets you the best of Uganda safari holiday.

7 days Uganda safari is one of the best wildlife and primate safari packages you should book. It provides you a great chance to engage in diversity of wildlife activities ranging from chimp tracking, gorilla trekking, game drives, launch cruise and Batwa cultural experience.

12 Days Uganda Wildlife Safari involves mountain gorilla trekking, white Rhino tracking, wildlife tours, and chimpanzee tracking. You will be transferred to Murchison Falls National Park by road via Ziwa Rhino sanctuary to track rhinos, and then proceed to Murchison Falls National Park. You will enjoy a game drive and a boat safari to the base of the falls plus a hike to the top of the falls. Book This Trip

Most Visited Uganda National Parks / Where to go for the Uganda Tour?

Uganda Safari Parks / Where to go for Uganda Wildlife Safari? Uganda is located in the heart of Africa, Uganda is rich in wildlife, nature, culture, heritage, and history. Uganda also boasts a fantastic climate year-round average temperatures of 25-30C and the friendliest people on the earth.

Uganda is home to the world’s largest population of gorillas which have made Uganda gorilla Safari Activities an Unforgettable Experience and other primates which include chimpanzee, black and white colobus monkeys, golden monkeys and many more as well as a range of other wildlife including the Big Five, reptiles and 50 percent of Africa’s bird and butterfly species.

Murchison Falls National Park is the only national park in Northwestern Uganda and also the largest of all the 10 national parks in Uganda.

This protected area lies in the Southwestern districts of Nwoya, Masindi, Buliisa, and Kiryandongo approximately 4-5 hours’ drive away from Kampala capital city.

It takes its name from Murchison Falls, one of the world’s powerful waterfalls which squeezes itself in a narrow gorge of about 7 meters prior to plunging about 43m down.

Murchison Falls National Park was designated as a national park in 1952 making it one of the oldest national parks in Uganda.

It extends to cover an area of about 3840sq.kms and forms part of the extensive Murchison Falls Conservation Area which also covers Bugungu Wildlife Reserve, Karuma Wildlife Reserve and Budongo Forest Reserve.

This park is bisected by the Victoria Nile which joins Lake Albert and it is by far an exceptional Uganda safari destination. View Details Here

This park is set in Western Uganda, about 5-6 hours’ drive away from Kampala and forms part of the vast Queen Elizabeth Conservation Area which also covers Kyambura Wildlife Reserve, Kigezi Wildlife Reserve.

This protected area is bordered by western districts of Rukungiri, Rubirizi, Kamwenge, and Kasese. It extends to cover about 1978 which makes it Uganda’s second-largest park just after Murchison Falls National Park.

This makes it an exceptional Uganda safari destination to explore by visitors who would like to uncover the hidden treasures in Uganda’s magical wilderness areas. View Details Here