Initially, Lake Manyara National Park was set as a sports hunting area since the 1920s and in 1957, its status changed into the game reserve. It was further upgraded into a national park in the 1960s and it occupied a section of a narrow strip that stretches between the Gregory Rift wall to West and Lake Manyara and to the East. It also extends to cover part of the Northwestern quadrant of Lake Manyara and forms part of the vast Lake Manyara Biosphere Reserve. In 1981, it became a biosphere reserve.

Lake Manyara National Reserve is a distinct game viewing safari destination of its own with varied wildlife species such as lions including the rare tree-climbing lions, zebras, warthogs, elephants, antelopes (dik-dik, impalas, waterbucks, bushbucks) and several primates such as Sykes’ monkeys, baboons, black and white colobus monkeys; hippos. There are also different fish species in Lake Manyara and they include Oreochromis amphimelas. An estimate of about 180 butterfly species lives in this park.

Lake Manyara National Reserve is a home to an estimate of 400 bird species and they include the pelicans, squawking hornbills, flamingos, clucking crested guinea fowl, eagles, yellow-billed stork, spoonbill, egrets, lilac-breasted rollers as well as different species of migratory birdlife which confine into the park around March, April, May.

Safari activities to do in Lake Manyara National Park

Wildlife viewing in this protected area takes you through its wilderness area with a chance to sight wildlife species like lions including the rare tree-climbing lions, zebras, warthogs, elephants, antelopes (impalas, waterbucks, dik-dik, bushbucks) and primates such as Sykes’ monkeys, baboons, black and white colobus monkeys; hippos.

Lake Manyara is an ideal spot for canoeing tours in this park. It rewards visitors with an exceptional view of the bird species and magnificent rift valley escarpment.

Discover the hidden gem of Lake Manyara National Reserve only on guided nature walks and you won’t return home the same way you came. This is the best way for you to sight a variety of the park’s wildlife while on foot.

The dry months of the year are by far the best for game viewing and therefore, consider visiting the park around June, July, August, and September for excellent wildlife viewing experience. Birders can consider visiting Lake Manyara National Reserve on Tanzania safari between November and April such that you can also sight migratory birds that confine here to breed.

The best way to access Lake Manyara National Reserve is either by road or by air. Travelers can begin their journeys from Arusha Town through Mto wa Mbu to Lake Manyara and this may cover between 1 and 2 hours. Alternatively, one may take a flight from Arusha Airport, Julius Nyerere International Airport to Lake Manyara Airport. 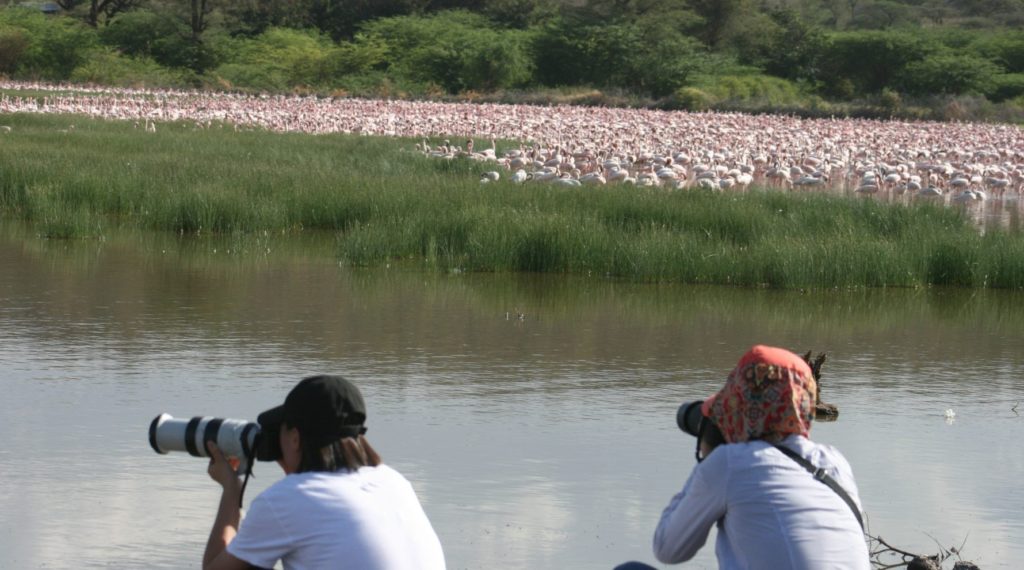