Set strategically in western Uganda, Semuliki National Park is by far the only tract of lowland tropical forest park in East Africa thus making it a unique safari destination worth exploring on Uganda safari. It lies at of about elevation 670 to 760m and it was originally set as a forest reserve in 1932. It was designated as a national park in 1993 and incredibly, it is of no doubt one of the most magical safari parks and hidden gem not only in Uganda but in East Africa at large. Semuliki National Park is positioned within the Semuliki valley on the western part of the Rwenzori mountain range featuring remote confinement of the Ituri forest which also extends to the Democratic Republic of the Congo side.

Semuliki National Park stretches to cover an area of about 220sqkms and it is under the management of Uganda Wildlife Authority (UWA)-government organ which is in charge conservation of wildlife in and outside protected areas in Uganda for the people of Uganda and the world at large. It is surrounded by about 4 ethnic groups of people that is the Bakonjo on the mountain slopes, the Batuku along the floor of the rift valley, Batwa pygmies who also make up the Ituri ethnic group and then the Bamba who stay along the valley.

Semuliki National Park is remarkably one of the exceptional Uganda safari destinations. It is credited for its unique eco-systems which also consist of wildlife which live in the DR Congo basin forests. An estimate of about 53 mammal species exist in this forested park along and they include at least 9 duikers, elephants, chimpanzees, leopards, pygmy flying squirrel, buffaloes, hippos, olive baboons, De Brazza’s monkeys, dwarf antelopes, blue monkeys, gret cheeked monkeys, pottos, bush babies, red-tailed monkeys, galago and many others. Diversity in wildlife species make this safari park a unique Uganda safari destination for tourists to explore.

Other unique species that call Semuliki National Park their home include over 374 butterfly species, 235 species of moths, 305 tree species-125 of these exist only in this park. What also distinguishes this park from the rest of other safari parks is its powerful bubbling Sempaya hot spring. This hot spring has high boiling rate of about 100 degrees Celsius and it is believed that it can boil an egg or banana within a few minutes and it will be ready for consumption, a reason why it attracts visitors to perform some experiment.

Safari activities to do in Semuliki National Park

On Uganda safari holiday in Semuliki National Park, game viewing is one rewarding safari activity visitors should expect to engage in. It is best conducted in 4×4 safari vehicle with pop up for clear view of wildlife such as buffaloes, elephants, antelopes, leopards for the lucky ones, warthogs, birds and many others.

On Uganda safari in Semuliki National Park, guided nature walks offer nature lovers opportunity to uncover the park’s hidden treasures. Visitors can take on their walk via Kirunda trial which is about 13kms and rewards enthusiastic nature lovers with amazing view over variety of bird species, a chance to explore the beautiful Semuliki River.

A visit to Semuliki National Park on Uganda safari is never complete without a visit to Sempaya hot spring. This is by far an iconic tourist site in the park and features a male hot spring named as Bitende and female-Nyasimbi. The hot spring is known for its powerfulness given its boiling rate of about 100 degrees Celsius.

Visiting Semuliki National Park on Uganda safari can be done at any time of the year. However, the dry season is recommended for game viewing and it occurs starting June, July, August, mid-September and December, January, February. The wet season on the other hand is preferred time for birding and it begins in March, April, May and October, November.

Where to stay in Semuliki National Park 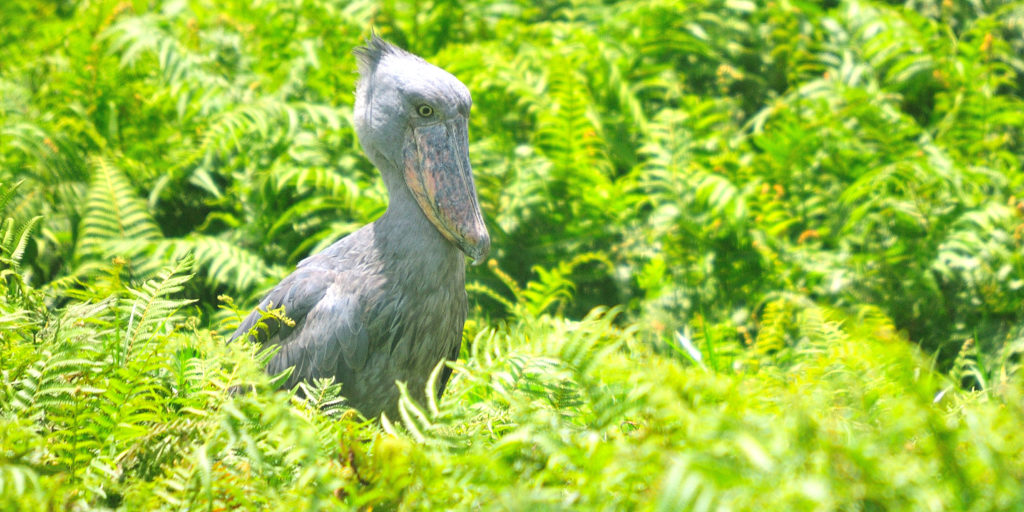